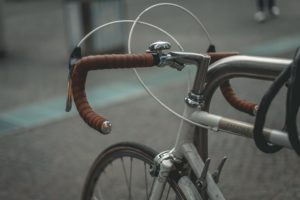 When my widowed father was the age I am now, he married a woman the age I was then. The thirty-year difference didn’t bother his friends, though some objected to his haste, claiming he had but transferred my mother’s…

In a tight, small-school community, my stepdaughter was the only second-grader who explicitly had a stepparent. As an oddity, I received much unsolicited advice from her classmates’ parents as to the benefits a younger sibling would provide. No doubt, these well-meaning fertility evangelists intended to be inclusive, but I was struck by their zeal for procreation as an act surpassing the merely personal, and edging toward the ideological. Inspired by Shirley Jackson’s “The Lottery,” I wrote a story about group instinct and the (human) harvest, and then moved on. Somewhat.

My earliest file on “Question Twenty-Eight” includes notes on a story from the book of Genesis about an infertile couple, a surrogate mother, and a baby born to parents aged ninety and one hundred. My reading also included out-group narratives, namely, by and about Jewish survivors of the Holocaust and Japanese-American survivors of the West Coast internment. Meghan Daum’s 2015 anthology (Selfish, Shallow and Self-Absorbed: Sixteen Writers on the Decision Not to Have Kids) was engaging and enriching. My imagined society is further informed by various governments’ attempts to enact reproductive policy and assert authority, dating back at least as far as Augustus of Rome and continuing through our own country’s increasing criminalization of abortion and yes, miscarriage.

“Question Twenty-Eight” was initially a novella. Excerpts received positive recognition, but the story’s arc struggled in that form. I had set it aside and was traveling in Ireland when a bookseller mentioned a bestselling novel that really should have been a short story. The recognition was immediate (my feet sizzled), and I knew what to do.

My story has had a gestation of twenty-plus years, so I guess that is an extended womb experiment of sorts. Like most of my pieces, this one demanded an oscillation of attention and reprieve, feverish writing and patience. I could not have written it back when I had vowed never to procreate or when I found myself striving to do so. I’m happy to send it forth now with no epidural and minimal screaming.

Writings by LISA K. BUCHANAN have been shortlisted for the Bristol Short Story Prize, and have appeared in The Lascaux Review, The Missouri Review, Narrative, and The Rumpus. She likes The Charleston, black rice with butternut squash, Downward-Facing Dog, and, as you may have guessed, breaking the Rule of Three. She lives in San Francisco. Find her on Twitter @lisakbuchanan.