We love when a writer uses structure and white space effectively. Kristen M. Ploetz’s flash fiction, “Twelve-Step Program for Quitting My Life,” alludes to the twelve-step program while taking twelve sections as its form. The writing is urgent and sensual, opening in present tense with a direct address that could be first- or second-person narration, and never letting go. Each section’s first line builds momentum, and each echoes the construction of the first sentence.

Come for the detail and imagery in this story: “Tiny drumsticks and limp bits of skin tumble into a bowl half-filled with pink milk and bloated islands of Frankenberry.” Stay for the control. Don’t miss the Author’s Note in which Ploetz explores the inspiration for this grocery store florist narrator, and the appeal of a structure that offers the “restraint and parameters” so necessary to flash.   —CRAFT

Work the cold meat from the last bone. Still numb from the fight, I eat Gil’s leftovers. He ordered his usual two dozen of Blazin’ Hot. Bastard. He knows habanero burns my gums. Lick the buffalo sauce off my fingers and wipe my mouth with the back of my shaky hand. Tiny drumsticks and limp bits of skin tumble into a bowl half-filled with pink milk and bloated islands of Frankenberry. The empty wings container drops into the sink and twangs against the sour mouths of last night’s empties.

Conjure the power of my first love—the one before Gil—a roadside violet plucked and pressed into my heart.

Look past my blurry reflection into the dark beyond the kitchen window. Nothing rational gets decided at three in the morning. Nothing changes if I wait much longer.

Leave the car unlocked and idling outside the smoke shop, only four miles left in the gas tank. His work badge still in one cup holder, my phone in the other. Repo man will have no problem finding it now. Leave it up to the nicotine gods whether it’s before Gil buys his morning tin of wintergreen dip. Thread my arms into my sweatshirt, take stock of what’s left of me. Too close to nothing to measure.

Walk the three miles at a good clip and still show up late for this crappy job. Doesn’t matter. No one considers me a real florist anyway. But I know better than anyone how to make these cheap supermarket flowers fool mothers in chemo and grandmothers in nursing homes and wives remembered at the last minute. Pluck dead baby’s breath from stale bouquets and water the potted daffodils before sprinting to the employee bathroom. Shift manager knocks on the door, tells me to hurry up and restock the buckets near checkout because they’re low on red tulips. Whisper against the steel door—I should’ve listened to my parents—open it a crack and ask for my paycheck. Say I feel sick with a migraine and need to leave.

Watch the bank teller count out $307.10 in small bills, my heart racing faster than the wisp wisp wisp of paper in her chapped hands. Shove tens and fives into my snakeskin wallet, tuck the extra dime and two ones into the cheerleaders’ coffee can outside the bank because I used to smile like that too.

Buy a one-way bus ticket to my old hometown. Pull the folded slip of paper from behind my license to confirm the address. Wonder if the house is still painted light blue, if his bedroom is still second on the left, if he kept my Bowie T-shirt all these years. Worry I won’t have more words than sorry.

Remove the faded photo from behind the film of clear plastic: last family vacation before I moved out, the four of us—Mom, Pops, Bizzie, and me—wearing electric green ponchos in the Philly rain. Trace their wan smiles, press my fingers against their chests. A feeble attempt to cauterize the hole I punctured into their hearts.

Somewhere near Albany make amends with the ghosts of my parents, taste the mix of tears and diesel as I whisper regrets to the fingerprinted window in the fourth row. Somewhere outside Louisville borrow a stranger’s phone to make amends with my sister in a voicemail confessional.

Tuck a fistful of candy wrappers into my sweatshirt balled under the seat, lean back with the rush of caramel still gritty on my teeth. Convince myself we had something halfway decent once already, that it will be better than nothing.

Stand at the long glass case in the pawnshop and look at the ring on my left hand, knuckle bulging against the thin curve of gold and Gil’s broken promises. Owner smells like oregano, looks like a lie. Says the best he can do is $172 but with a kiss I get him to $190. Keep my mother’s ruby studs in my ears for when I need to leave this town again.

Duck into a corner store with the pawnshop money still clutched in my hand. Point to a box of Trojans behind the young clerk and ask for the time. Trace a line across the dusty packages of gum, stop on wintergreen. Lights hum overhead. Someone opens and closes a cooler door near the back of the store. Finger out a dented pack of cinnamon, remember the taste of Red Hots on his tongue when we first kissed in his father’s shed, hope it’s still hidden out back.

KRISTEN M. PLOETZ (@KristenPloetz) lives in Massachusetts. Her recent short fiction has been published (or is forthcoming) with The Normal School, Atticus Review, Wigleaf, jmww, and elsewhere. She is currently working on a collection of short stories, and is Creative Nonfiction Editor for Atlas + Alice. You can find her on the web at www.kristenploetz.com 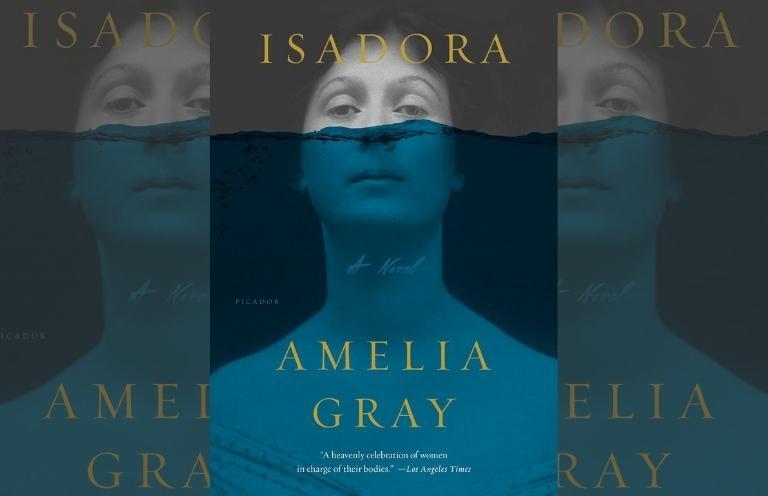 The seed for this story started while I was standing in a slow line at the grocery store. It’s such a wonderful place to glean story characters simply because spaces like that are life’s great equalizers. We all need to buy food and toilet paper and soap; none of us gets out of the tasks that come with those purchases. Not the disheveled senior citizen putzing down the aisle for a package of hot dogs. Not the rushed parent picking up cases of juice boxes for their child’s classroom. Not even the arrogant jerk discreetly scouring the shelf for Preparation H.

When I looked at the florist kiosk near the registers there were these glaring juxtapositions. Gorgeous orchids next to gaudy foil balloons. A man wearing an expensive suit selecting a ridiculously cheap bouquet. A demure employee in the most heinous shade of yellow that corporate headquarters could have chosen for a uniform. She was someone who obviously cared about her job by the way she fluffed the carnations and engaged with customers. Watching her got me wondering about the relative credentials and backstories we subconsciously ascribe to people in the world. Was she really all that different from some high-end florist with wealthy clients in the middle of an expensive city? My gut told me no. But if you look at the way people like her are often treated, it doesn’t seem like the grocery store florist is ever that highly regarded.

As I loaded my items on the conveyor belt, I grew curious about her story. Does she like this job? Is it her only job or does she work three? How does she get to work every day? Is she happy?

Finding the right medium to grow a story using a grocery store florist came much later after I’d been thinking about how so many of us (myself included) have different kinds of addictive behaviors. How easy it is to become addicted to a substance or activity or, in some cases, a whole life, even if it’s not good for us. And how hard it can be to quit. I thought of the Alcoholics Anonymous twelve-step program and how it’s helped so many to a better path because of its structure.

As someone who likes to play around with unusual structures in my writing, the twelve steps also struck me as an interesting way to tell a story (i.e. a hermit crab approach). Not only do the steps offer the kind of restraint and parameters that work well in flash fiction, the order of the individual steps also inherently lends itself to a subtle plot driver as well. But there’s also this: adhering to the twelve steps is not always a long-term guarantee of success, and in that way it leaves a story’s conclusion open-ended, just like sobriety. Will she permanently quit her life with Gil? We can only hope so. I certainly do.

KRISTEN M. PLOETZ (@KristenPloetz) lives in Massachusetts. Her recent short fiction has been published (or is forthcoming) with The Normal School, Atticus Review, Wigleaf, jmww, and elsewhere. She is currently working on a collection of short stories, and is Creative Nonfiction Editor for Atlas + Alice. You can find her on the web at www.kristenploetz.com