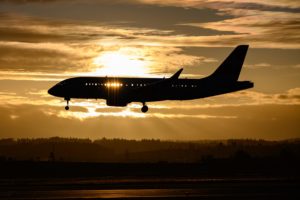 BOARDING The thing about los Hondureños, es que como dice mi abuela, hablan hasta por los codos. They talk even out of their elbows. I will never get through a Tegus-bound plane ride without holding an…

I wrote this essay a few weeks after Hurricane Eta and Hurricane Iota hit Honduras in November of 2020. Both category 5 hurricanes, only a few weeks apart, caused massive damage across the country. I wasn’t home. I was in Virginia, waiting to go home as soon as it was safe to fly. It occurred to me, as I followed the eye of each storm on a screen through the night, that I had been here before. That I had been here too many times—watching the destruction of my homeland, by fire or water or pain; texting my family frantically; aching for the moment I got to sit on the plane with others carrying the same heartbreak as me. I moved to the United States five years ago. Nearly every time I fly to the Toncontín airport, I’m moving toward some form of chaos and also my only home.

When I’m in America, I keep my passport in my underwear drawer. I know this document is my most important possession. It is the thing that allows me to move between Tegucigalpa and America mostly seamlessly. It is my ultimate form of identification. It bears in its pages my entry stamps to Honduras. The dates of these mark the memory of different instances of destruction in Tegucigalpa, and my return to a home battered by different powers. It is here where I most note all these different powers go back to the same root. Honduras’s political instability is the result of American intervention, specifically the 2009 coup d’état. Honduras’s vulnerability to natural disasters, such as hurricanes and a pandemic, is the result of poor infrastructure, which ties back to political instability and corruption. What I’m trying to say is that my country is usually in shambles, and that it is almost always because of our colonial relationship to the United States, which is also where I live. Which is where I’m always coming back from and going to. I exist in the middle of my passport’s pages, between two countries, and one of them is almost always on fire, and it is almost always the other’s fault.

The hermit crab form helped me ground all these separate instances of return to Tegucigalpa in specific dates by using the entry stamps on my passport as checkpoints in the essay. The stamps are reminders not only of what was happening in my city, but of how I arrived to it. I think this essay is about Tegucigalpa as much as it is about getting to Tegucigalpa. The community I find each time in the randomized group of travelers who happen to be heading home on the same day I am has often been a great source of comfort in the midst of turmoil. When I think about Tegus, I find the words of poet Juana Pavón hit the mark on this slippery, undecipherable city—“Tegucigalpa marginada y rota / Tegucigalpa de privilegios.”

BESSIE FLORES ZALDÍVAR is a queer writer from Tegucigalpa, Honduras. She is an MFA candidate at Virginia Tech and a Tin House YA 2021 alumni. Her work has appeared or is forthcoming in F(r)iction, [PANK], The Pinch, Palette Poetry, and elsewhere. She has been nominated for Best New Poets and selected for Best of the Net. Bessie’s chapbook, Rain Revolutions, is forthcoming with Long Day Press this fall. Read more at bessiefzaldivar.org