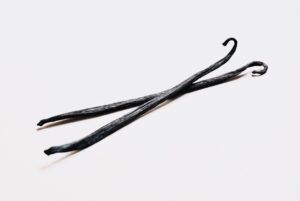 When you were three years old, you climbed up your Ma’s massive mahogany bed, you poked her gently, then shoved, and when she still didn’t move, you tried to pry open her eyes with your fingers because you didn’t…

For a long time, I couldn’t write about my father’s death because it was too intimate, painful, the sort of pain that is searing, raw, and unsuitable to be written in metaphors. I didn’t even think I would ever write a story about my father, let alone have it published, but grief has its way of simmering and bursting out of my writing when I least expect it.

This story was born in a workshop led by Nancy Stohlman when she asked us to “subvert the sacred,” and by “sacred,” she meant difficult moments that do not easily lend themselves to storytelling, moments that my friend and fellow writer Eliot Li described as “[these] incredibly intense bursts of story, with all the connective tissue removed.” I think “Story of You” is one immense exhale of pain. I find myself thinking a lot about death lately, questions like what are the moments that we remember of a person’s life, what is the result of the sum of all these moments?

Though there are some autobiographical elements in the story, I have changed some details and added some fictional ones to deepen the emotions. I used a second-person point of view to show how the narrator is trying to distance herself, nudging the pain away, going at it in a slanted way because it is too painful. In the story, the “you” refers to the father whose life story was handed down to the daughter from the fragments she’d been told. It’s a chance for the daughter to honor her father, to tell him all the things she didn’t tell him while he was alive.

I’m also a big fan of one-sentence structured stories. In my story, the one-sentence structure works like a time compression, a lifetime flashing in jagged images in the space of 3.47 minutes (that’s how long it took me to read the piece), and this bubbling, rushing, bursting of words has this overwhelming effect on the reader, it’s a painful regret tearing out like an avalanche, the sum of all the moments remembered and lost to the continuum of time, the sum of all the suffering the father had endured to give what he couldn’t have in his life to his daughter, only for him to die a lonely death.