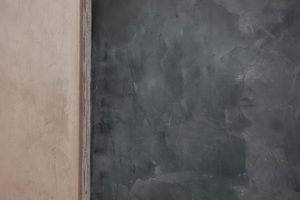 Two bookending scenes guided how I wrote this story: the main character’s initial encounter with the boy and her final moment in front of the class. At first, I envisioned this story as a piece of flash, where Jia is preparing to teach her first class as a TA and realizes that she not only knows one of the students but also that he had called her a chink. But, with fewer words, the momentum leading to “Shut up! Shut up!” seemed nascent and half-baked. I didn’t want Jia to come off as having snapped; I saw her as finally carving out enough space for herself. The idea of stretching it over the span of a weekend presented ready-made guideposts to both anchor the action and illustrate how, through a series of daily, banal moments (going to the supermarket, hanging out by the pool), the interior of a character comes to light.

The location of Syracuse, New York, where my father studied for his PhD, came to me right from the start. As a child, I knew it only as a place where my parents made friends with other Chinese graduate students, bemoaned the lack of good Szechuan food, never figured out where to buy earwax removal sticks and goji berries, and yes, ate pasta covered in ketchup. It was only when I started considering where to apply for college that I learned Syracuse was considered a massive party school. That juxtaposition laid the groundwork for a rich setting, where “the snow falls in sideway slants,” that I wanted to serve as a character in and of itself.

I sought to imbue Jia with universal desires: to fit in, to be liked, to not flinch at one’s reflection in the mirror, and, most of all, to rise up to any challenge or injustice with the perfect, cutting remark. How many times have I thought to myself, If only I had said that in the moment! This story is an homage to that sentiment, where, ten times out of ten, the right words don’t come easy.

Relatedly, many of my stories touch on a theme of endurance. I struggle with that core attribute in writing and in life because endurance, from some perspectives, can resemble passivity—keeping your head down, freezing or ignoring the violence inflicted on you, hoping the other person will eventually get tired and leave you alone. The slew of recent anti-Asian attacks has brought that dichotomy to the fore. But, in many ways, endurance is survival. This story’s ending is meant to be aspirational. Maybe it did actually happen. Or maybe it’s what, later that night, lying in bed, Jia wishes she had done. Perhaps it’s what she’ll tell her children so she can make them proud. Perhaps it’s what we tell ourselves—Oh sure, I would have said the same exact thing. I would have stood up for myself. I would have told them all to shut up. But do we ever know for sure?

JOY GUO lives in New York with her husband. She is a white collar and regulatory defense attorney. Her work has been published or is forthcoming in Okay Donkey, Passages North, Atticus Review, Maudlin House, and SmokeLong Quarterly.