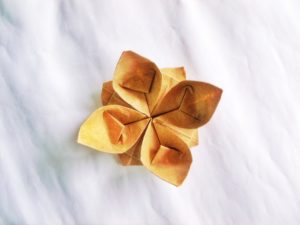 1. I’m on the 7 train on my way to Manhattan from Queens. My AirPods blast Cardi B’s “I Like It” as I squeeze my way through the crowded car, not liking the pushing and the pulling as I…

I have spent a significant amount of time figuring out the structure of this essay. In earlier drafts, I told the stories in chronological order in one long essay without the numbered breaks. In other versions, I used the story of the 7 train in Queens as the arms of the essay with the rest of the vignettes contained within, like my present self was giving my past self a hug. I had lived with these vignettes for some time without knowing what story I wanted to tell and how I’d write that story.

In the spring of 2022, I took a workshop called “Memoir and Autobiographical Writing: Race & Immigration” at the Lewis Latimer House Museum led by Abeer Hoque. In that workshop, I realized that the reason I struggled with the organization of the essay was because I wasn’t seeing what the essay was really about. I wanted this essay to be about sustainability and the ways my mother was reusing, reducing, and recycling out of need and not because it was hip. I was so focused on what I thought the essay should be about that I wasn’t seeing the entire story I was actually putting on the page.

During workshop, Abeer said that this essay was about abandonment and my workshop peers agreed. Abeer said this so nonchalantly, didn’t even take a beat to let it sink in, but instead, it was stated as something we all knew. I didn’t know, hadn’t known. I should have known because obviously I have abandonment issues, but I didn’t know that this string of vignettes I had been dragging around for months was also about abandonment. Once I was able to wrap my heart and mind around the idea that this essay could be about sustainability and abandonment, I was able to see patterns in the vignettes. Recognizing the connections in the stories allowed me to play with their order to land the emotional resonance. Personally, it was also healing for me to make sense by arranging pieces of my life that in the past I’ve struggled to understand. I enjoyed examining these patterns, some of which I wasn’t aware of until I had to cut and paste to reorganize this essay.

I am grateful to Abeer, the Lewis Latimer House, my workshop peers, and CRAFT for helping me write the best version of this essay.

SONIA ALEJANDRA RODRÍGUEZ (she/they) is a writer and educator living in Queens, New York. They are a Mexican immigrant, raised in Cicero, Illinois. Their stories have been published in Strange Horizons, The Acentos Review, Longreads, Okay Donkey, Reckon Review, Mixed Mag, HAD, and elsewhere. Sonia’s writing has been nominated for a Pushcart Prize, Best Small Fictions, and Best Microfiction. Follow them on Twitter @RodriguezSoniaA.