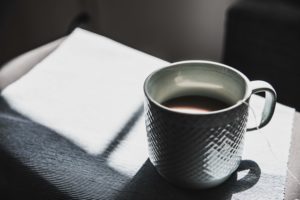 I was lucky enough to workshop an early version of “Girl in the Forest of Fear” with Tim O’Brien back in September. The workshop took place on Zoom (thanks, pandemic), and as he chain-smoked his way through a pack of cigarettes, he told me that reading my story had given him the same feeling he got while watching the 1975 film Picnic at Hanging Rock. He’d been terrified for the Hanging Rock girls just as he’d been terrified for my protagonist Lara. He said my story was the real deal (I nearly fainted), but that I needed to lean even further into the foreboding and ambiguity of a young girl who may or may not be in danger.

“Girl in the Forest of Fear” began as an exploration of the power of suggestion: how a friend can make an offhand comment about someone you know, and how your mind can snag on that comment and allow it to intrude again and again whenever you see that person. How it has the potential to color your entire view of them and everything they do from then on. As it developed, the story also became about navigating puberty and a “haunted” corn maze, and about the very specific experience of a girl coming into her sexuality and feeling both ready and not ready for what comes next. In Lara’s case, she has a crush on one of her soccer coaches but not the other. The idea of Coach Yapt touching her excites her, while the idea of Coach Rogers doing the same makes her sick. From an outsider’s perspective, both scenarios would be criminal and scary, and yet Lara only sees the danger in one of them. I was interested in presenting a character who would make the reader feel both sympathy and disapproval.

And just as Lara’s view of Coach Rogers becomes heavily influenced by her friend Lexi’s comments, I found that Lexi heavily influenced readers too. When I workshopped the first draft of this story with my MFA class, people had all sorts of interpretations. Most notably, a slew of them wondered if Coach Yapt was sinister too, and if he and Coach Rogers were in cahoots. One person even asked if Coach Rogers had masturbated into Lara’s tea while she was asleep…

Lexi had definitely made an impression.

I’m a huge fan of ambiguity in fiction, because when you present a situation that can be read in a variety of ways, readers will enter into a conversation with it, and this conversation will be unique to their own personality and experience, their own nature and nurture. As the author of a story, you seem to control everything—the characters, the setting, the language. But you don’t control your readers, who are usually complete strangers to you, a complete mystery (if you’re lucky enough to have readers besides your mom). So, is the author in control of everything or nothing? I don’t know. It’s ambiguous.

In my experience, you also don’t truly have control over the story itself while it’s being written. I never thought I’d start a story with the words, “Yeah, he’s totally jerking off.” Yet that was what came out when I sat down to write this piece. Similarly, I didn’t expect the ticket booth scene, where Lara insists she should get an adult wristband. I didn’t expect the doll/werewolf scene in the maze, where the doll asks how you know you’re in love. I didn’t expect a lot of things, despite the fact that I went into this story thinking I knew exactly what was going to happen. For me, this strange, subconscious magic is what makes the act of writing so rewarding. But, like most writers, I have a habit of forgetting how magical it can be, especially when I set my writing aside and start binge-watching Forensic Files. Again.

STEPH GROSSMAN’s fiction has appeared in Joyland and Hobart. Her narrative nonfiction has appeared in Paste Magazine and The Masters Review. Recently, a standalone excerpt of her novel-in-progress was a finalist for The Masters Review’s 2020 Flash Fiction Contest. She’s worked in NYC publishing at places like Simon & Schuster, Penguin Random House, and JSTOR, but now lives in the Austin area where she’s pursuing her MFA at Texas State University and serving as the PR Manager for Porter House Review. A devotee of horror and the gothic, she co-hosts the Basement Girls Horror and Whatnot podcast with poet Bianca Pérez. Follow Steph on Twitter and Instagram at @stephygrossman.