By Jennifer Murvin • There are two quotations I often turn to when thinking about ending a short story; the first comes from Flannery O’Connor, in her essay, “On Her Own Work,” which reads, “I often ask myself what makes…

Wisdom and Wisdom Teeth: Against Relatability “The human life is individual; it is not unique.” —Bee Yang, via Kao Kalia Yang “There are two types of people in the world: them who have and them who will.” —Dad By Karen Babine • Over the years,… By Stephanie Trott • I learned to love long-form graphic narratives during a time often associated with loneliness: college. Neither wunderkind nor department darling, I often felt an imposter in my undergraduate English classes and struggled to determine one… 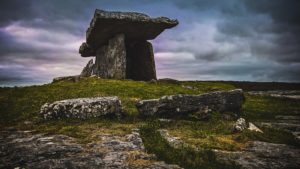 Hello, My Name Is Marley by K.B. Carle And I’m an ALCOHOLIC.

My parents, they had flaws. I was the kid left waiting at school, watching all the other kids’ parents pick them up on time while I got BLISTERS from squeezing the chain-link fence so hard, only to become someone else’s RESPONSIBILITY…

Since being introduced to the hermit crab form, a piece of writing that takes on a structure from outside of typical narrative structures, I started to think about how much of my life and choices reveal themselves on paper. A receipt of my food choices, test answers, or how my birth certificate reveals my birthday, parents, and assigned gender.

The deeper I journey into adulthood, the more I take note of the paper trail I’m leaving behind. How each paper scrap is evidence of my life. I question these slips of paper and their meanings, their inconsistencies, wondering how they could become a story. As I write this craft essay, I’m surrounded by paper in several forms such as rough drafts, ingredients, and directions.

Every day we read something. I was, once again, encouraged by Tara Campbell in her Funky Flash Forms workshop to think outside the box. What better way to approach this and consider what we look at when we take a moment to read? Thinking about the form for “Hello, My Name Is Marley,” and all my experimentations, I considered the potential types of hermit crab forms I encounter most. How my grocery list would probably differ from my mother’s or grandmother’s. How my doctor’s notes would vary depending on the year or my age. Experimenting with these forms, combining them with flash fiction, sometimes fails and that’s okay. Experiments fail.

But when they work, it’s one of the most exciting experiences I’ve felt. Suddenly, I’m faced with a flash detailing my struggle to avoid all the foods I love that contain the one ingredient I can’t eat. I’m forced to document the highs and lows of my life through the words of a physician who might have initially seen me once a year and now sees me three times in one month.

Or, I could detail loss and addiction through a puzzle and Mad Libs.

In manipulating the structure for “Hello, My Name Is Marley,” I considered the words I wanted to appear, knowing that word search generators are unpredictable. Though the words are of my selection, which words the generator decides will work and which to eliminate are not. In reviewing several drafts of this story, I had to decide which words were essential and which I wouldn’t mind sacrificing—the challenge of bending the generator to my will, though exhausting, was thrilling once finished.

Some of my favorite examples of the hermit crab form are Marisa Crane’s use of a diagram in her piece, “When the Light Betrays Us Twice,” and when authors utilize definitions to tell a story such as Kathy Fish’s “Collective Nouns for Humans in the Wild,” or “Diction (a glossary of terms),” by Ashley Hynd.

I encourage all writers to go through their junk drawers, mailboxes, or that bin their mother keeps in the basement filled with all their creations from childhood. Try diagraming sentences again or compare grocery lists with your family. Delve into an untapped story through the paper scraps in your life and be fearless with your experimentations.

K.B. CARLE lives and writes outside Philadelphia and earned her MFA from Spalding University’s Low-Residency program in Kentucky. Her stories have appeared in Rhythm and Bones Press, X-R-A-Y Literary Magazine, Homology Lit., CHEAP POP, Jellyfish Review, Milk Candy Review, and elsewhere. She can be found online at kbcarle.com or on Twitter @kbcarle.