In studying the craft of fiction, story and plot seem like simple enough concepts: story is the chronological sequence of events while plot is those same events, reordered by the author. In an attempt to consider how to construct meaning in narrative, however, an examination of these concepts and how various schools of theory and individual theorists consider these concepts is crucial to a deeper understanding. By interrogating the concepts of story and plot, we will attempt to understand how meaning is made through an intersection of story and plot.

To begin, it’s useful to look more carefully at our definitions of story and plot. The word story comes from the Latin word historia and is connected to the Old English storey, which originally meant a tier of painted windows. On churches, in particular, Biblical stories were and are depicted in stained glass windows. This helps to clarify the chronological aspect of story as we can imagine each window illustrating a different scene and the story progressing linearly through the windows.

We have defined plot as the reordering of story events. Peter Brooks, in Reading for the Plot, examines the various definitions of plot.  He uses the American Heritage Dictionary as his source for a definition of plot:

We can see how the first three definitions fit well with our understanding of plot. Brooks successfully argues that the fourth definition is also usually at play in narrative, stating that “Plots are not simply organizing structures, they are also intentional structures, goal-oriented and forward-moving.” This distinction is important as it highlights the point that plot is not just a reordering of the events of the story but it is a restructuring based on exploring meaning. Brooks also argues that plot enables and requires that the beginning be directly connected to the end; this is the result of the active nature of plot.

E.M. Forster created a two-tier system with story and plot in Aspects of the Novel, a series of lectures published in 1927. He sees story as a lower form than plot and believes that plot serves to create causal connections between events. The difference between the two is seen in Forster’s oft-cited illustration. A story is defined as the king died, then the queen died. A plot is defined as the king died, then the queen died of grief. Forster sees the difference as being one of the questions and answers that follow. In a story, one asks “and then?” while with a plot, the narrative is interested in answering the question “why?” Forster’s insistence of a tiered system is one that we see as well in the theories of the Russian formalists, also working in the early 20th century.

The Russian formalists developed the concepts of fabula and syuzhet, which roughly correspond to story and plot. Without delving deeply into the Formalists’ theories, analysis of their terms is useful in our search for the location of meaning. Fabula is the Latin word for story, so there is a clear one-to-one relationship between the two. It’s worth noting that the formalists did not choose the word historia. Looking at this through our English language lens, we see that the word fabula is connected to fable. Our understanding of fable is a story that has an underlying meaning, a story that has a moral at the end. This is a deeper and more complex understanding of the word story, and it gives us our first indication that meaning lies within story but is simply not as visible without the influence of plot.

The word syuzhet is often translated to and represented by the French word sujet. This word is translated in English to subject, and we can see how this is related to, and yet different from, the word plot. Subject is directly related to meaning, after all, gesturing at the theme and underlying concerns, rather than simply a reordering of the events. Most of the Russian formalists believed the fabula was subordinate to syuzhet; fabula represents the raw material that syuzhet turns into art. In this way, the formalists were aligned with Forster’s theories.

The French structuralists followed the Russian formalists in the mid 20th century. They, too, set up a binary system as they investigated narrative structure. Their term that roughly equates to story is histoire. This word, like story, is also linked to the Latin root historia and while the translation of histoire is story, our interpretation of the word through an English lens is more nuanced. We see here a sense of the past, a telling of events that have already occurred. This then broadens our understanding of story by providing a richer context. Brooks believes that stories can be likened to obituaries because they are always recounting things that have occurred in the past.

For plot, the structuralists used the term discours which translates to discussion. This is interesting, in comparison to plot, because it implies a conversation. It is an active word, rather than a passive construct. It is implied that the conversation seems to involve all three elements: story, plot and meaning. In this way, discours does not seem to be a direct stand-in for plot. What is important here is that histoire and discours are in conversation with one another and are not in a hierarchical relationship. In contrast to the formalists, the structuralists believed that histoire and discours carry equal weight.

Later in the 20th century, a number of theorists and critics questioned and extended the theories of both the formalists and the structuralists. Peter Brooks does not see fabula and syuzhet lining up in a one-to-one relationship with story and plot. Rather, he sees plot as intersecting both fabula and syuzhet. Brooks does not attempt to draw this relationship but my understanding of his theory can be illustrated as follows: In Brooks’ understanding, fabula is referred to by the narrative while syuzhet is presented by the narrative. Plot cuts through fabula and syuzhet because Brooks believes that syuzhet acts upon fabula, and that plot is the structure that results from this interaction. Therefore, Brooks believes that meaning lies in the interaction between syuzhet and fabula. Brooks’ interpretation is convincing because he makes the relationship between the two active, rather than passive.  As the plot progresses, meaning is created as we toggle back and forth between fabula and syuzhet, following the plotline.

The post-structuralists Jacques Derrida and Jonathan Culler both take issue with the hierarchy and ordering of fabula and syuzhet, insisting that to always believe that fabula precedes syuzhet is false. Derrida sees that Western literature, in particular, privileges syuzhet over fabula; by this he implies that story contains as much meaning as plot. Culler believes that there are times in the narrative when it is crucial, in fact, that syuzhet precede fabula. We can see this in action if we look at an example from the process of revision. If we realize that more meaning will be made if we include backstory to explain a character’s behavior, we may include just a particular line of dialogue that has resonance for the story. We don’t include (and may not know) the entire scene from the backstory but we create the exact line that will provide the meaning that we are seeking to represent. In this way, we are privileging syuzhet over fabula.

Taking all of the above into account, I attempted to crystallize what I had learned about story and plot and how they work together to create meaning. I developed two simple ways to consider the intersection of story and plot and how they work together. The first is by reducing the concepts to a syntactical level, to consider the elements of a sentence.  In English, a sentence is composed of a noun, a verb and an object. All along, we have been using just the two terms of story and plot. Of course, we are using these in order to create something larger, something that contains story, plot and meaning. We will use the word narrative for this greater project. So we would have, then:

What is nice about this framework is that it makes plot a verb rather than a noun. Plot is active as it is acting upon the story, teasing out the meaning that already exists and adding more by applying the elements of craft. What is insufficient about this model is that, by English language standards, the noun must come first, so we cannot consider the ordering issues that Derrida and Culler discuss.

A second possible model is mathematical in origin. Anxious to produce a model that considers the relationship between story and plot and also the ability to privilege either concept, the following mathematical model was created:

Narrative is therefore a product of story and plot. While this model takes away the idea of plot as a verb, it does allow either story or plot to come first. It also recognizes that either story or plot can have more weight.  For example, “Ghosts, Cowboys” by Claire Vaye Watkins, is a highly structured narrative that is based on a relatively simple story. We could represent this short story as: 1S x 3P = Narrative. But “Lawns” by Mona Simpson is more heavily weighted toward story. So this could be represented by 2S x 1P = Narrative. Finally, the multiplication process here means that the process and the intersection between story and plot is active, rather than passive. It is in that process that meaning is created.

In the end, it seems as though our definitions of story and plot are somewhat limited. Understanding these terms in other languages broadens our understanding of the way in which they work together to create meaning. The work of the theorists, and particularly the post-structuralists, is instructive in considering how meaning is made through the intersection of story and plot. While story may take precedence in the initial drafting of a work, plot assumes a greater role in revision. Meaning in narrative exists in both story and plot; each narrative requires a unique combination of the two in order to fully develop narrative, through an exploration of meaning. 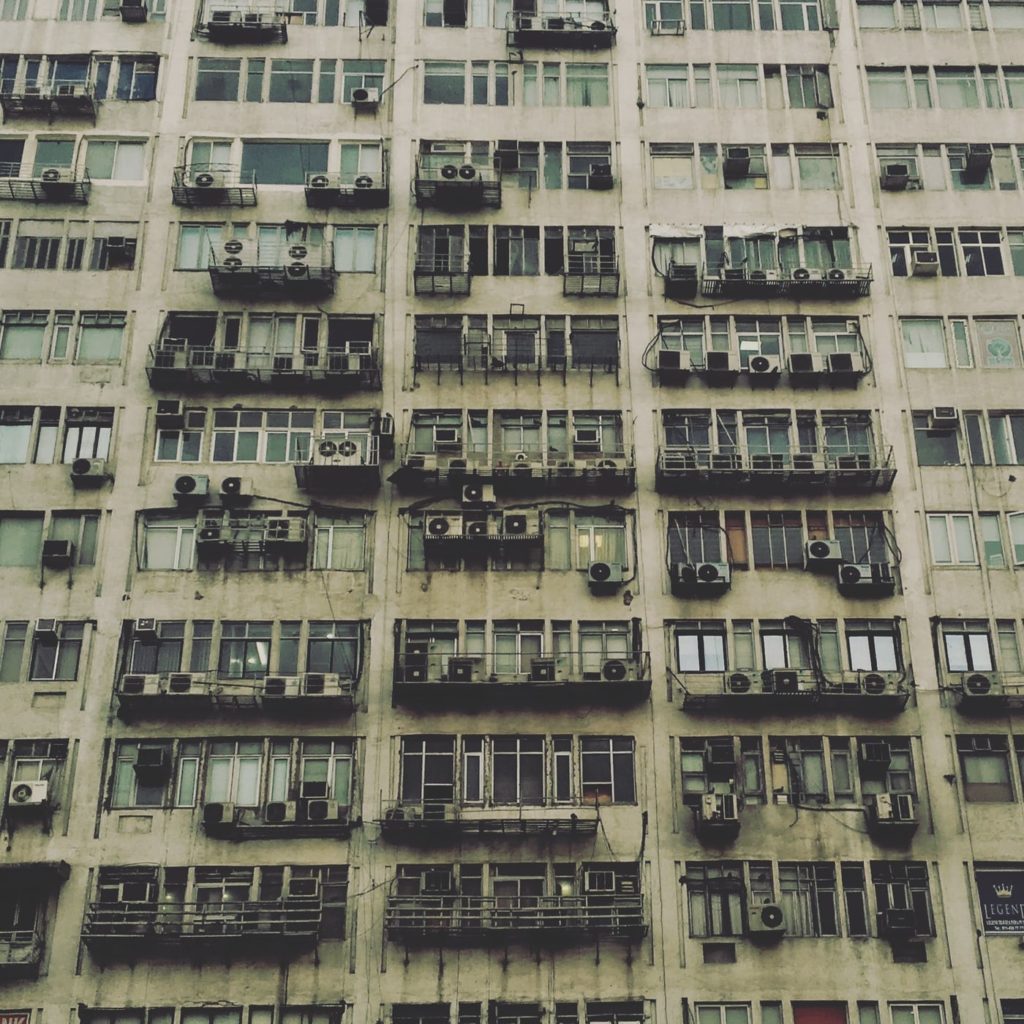