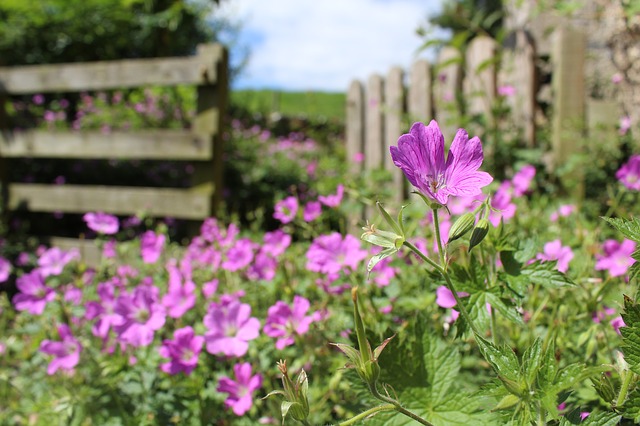 So she would still find herself arguing in St. James’s Park, still making out that she had been right—and she had too—not to marry him. For in marriage a little licence [sic], a little independence there must be between people living together day in day out in the same house; which Richard gave her, and she him. (Where was he this morning for instance? Some committee, she never asked what.) But with Peter everything had to be shared; everything gone into. And it was intolerable, and when it came to that scene in the little garden by the fountain, she had to break with him or they would have been destroyed […]

Here, in Virginia Woolf’s eponymous novel, Mrs Dalloway meditates on whether she made the right choice when, years before, she decided to marry Richard Dalloway instead of her former lover Peter Walsh. But who is doing the speaking here? Is it the third-personal narrator, or is it the main character Mrs Dalloway? The answer is not quite “both,” not quite “neither.” On the one hand, the thoughts presented here belong to Mrs Dalloway (“Where was he this morning for instance? Some committee, she never asked what”). On the other hand, the third-person narrator places no signposting — no grammatical markers, no reporting verbs — to tell us where her own thoughts end and those of Mrs Dalloway begin. It is up to the reader to separate the two and figure out which parts go where.

Before we go further, let’s clarify a few technical matters regarding the differences between direct and indirect speech. Direct speech is when a character’s own words are quoted. For example: Kate looked at her bank statement. “Why did I spend my money so recklessly?” With indirect speech, the narrator reports the character’s thoughts or words using verbs like “said” or “thought.” For example: Kate looked at her bank statement. She asked herself why she’d spent her money so recklessly. There is a clear delimitation here between what the narrator says, which is contained in the main clause (“She asked herself”), and what Kate thinks, which is confined to the subordinate clause (“why she’d spent…”). Free indirect speech is what happens when the subordinate clause from reported speech becomes a contained unit, dispensing with the “she said” or “she thought.” For instance: Kate looked at her bank statement. Why had she spent her money so recklessly?

Free indirect speech allows virtually unlimited access to the character’s consciousness without requiring the author to use the first-person point of view. First-person narration has its obvious limitations, not the least of which is the fact that it’s naturally incompatible with seeing or experiencing anything outside of what the POV character sees or does. In contrast, third-person narration not only provides an external perspective, but is more naturally suited to objectivity, as we can see the main character(s) from the outside and assess their representations of themselves against the broader context of the narrative. Free indirect speech combines the benefits of first-person with those of third-person narration.

Done well, free indirect speech also fosters intimacy between reader, narrator, and character. When, in Mrs Dalloway, we’re told about “that scene in the garden,” the emphatic demonstrative implies familiarity with the scene. There is a sense of complicity here between Mrs Dalloway, who is an actor in the scene, and the narrator, who uses the demonstrative as though she is also personally acquainted with the episode. When the reader is also told about that scene without further explanation and qualification, it is as though she is invited to take part in this small, intimate community of character and narrator, thus being plunged more deeply and immediately into the world of the story.

Another advantage of this narrative technique is its flexibility. The writer might choose to present the character’s thoughts, via the narrator, in language that closely mimics the speech patterns of the characters themselves. Take, for instance, this passage from the opening of James Joyce’s A Portrait of the Artist as a Young Man:

His father told him that story; his father looked at him through a glass; he had a hairy face.

As the main character of the novel, Stephen, grows up, the narrator’s voice also matures, adopting a more conventional style in later chapters. But in the first chapter we hear young Stephen’s thoughts just in the way a young child might conceptualize them to himself. The effect is a greater sense of authenticity. The caveat: a writer should only attempt this style if they are really sure they can pull it off; otherwise, the line between sounding authentic and caricaturish is very thin.

The writer could also choose to convey the character’s thoughts in the same voice and style that the narrator herself might use. Here’s an example from Julie C. Day’s short story “The Woman in the Woods,” also told from the perspective of a child:

Cholera, Horace had called it when their father died. “Old Mr. Goehle looked just like that,” Horace said as he leaned over the straw mattress, looking at the skeletal man who used to be their father. Horace the truth teller. Horace the unflinching. Horace dragging Eliza down the stairs and away.

It’s unlikely that a child under ten, like Eliza, would use the word “unflinching,” or the writerly, tripartite anaphoric structure of the three final sentences, so we can tell that the language here belongs to the narrator. This stylistic choice also has its advantages—it allows the narrative to reveal more than the characters might be able to articulate. But again, there are caveats. If the writer wants to present the character’s thoughts in a style more aligned with their own authorial voice than with that of the character’s, the writer needs to make sure that the character would actually possess the concepts if not the vocabulary they choose to use. Otherwise, the narration might end up sounding unnatural and untrue to the character’s actual experience.

While free indirect speech might give readers a more immediate encounter with a character’s consciousness, we must not forget that the narrator still stands between us and the character: the narrator represents the writer’s choice of which thoughts to reveal and which thoughts to hide, and how to present them. However, if the gap between how the reader understands the character and who the narrator presents the character as is too great, the narrator’s filtering presence becomes obvious — and jarring. Therefore, free indirect speech should be used cautiously, only to represent the inner workings of characters that you, the writer, are sure you know and understand well. You don’t want to be writing about the detailed musings of a coffee farmer in South America or a fisherman in Japan if you’ve never had experience with either type of person, or you might break the illusion of immediacy, and undermine the point of free indirect speech.

LAURA NICOARA is a PhD student in philosophy based in Los Angeles. Her research interest include moral philosophy and the philosophy of literature. Her writing has appeared, or is due to appear, in decomP magazinE, Women’s Review of Books, The Collagist, Necessary Fiction, Rain Taxi, and Heavy Feather Review. Learn more at lauranicoara.com.